Another Under the Radar Team: Sailing 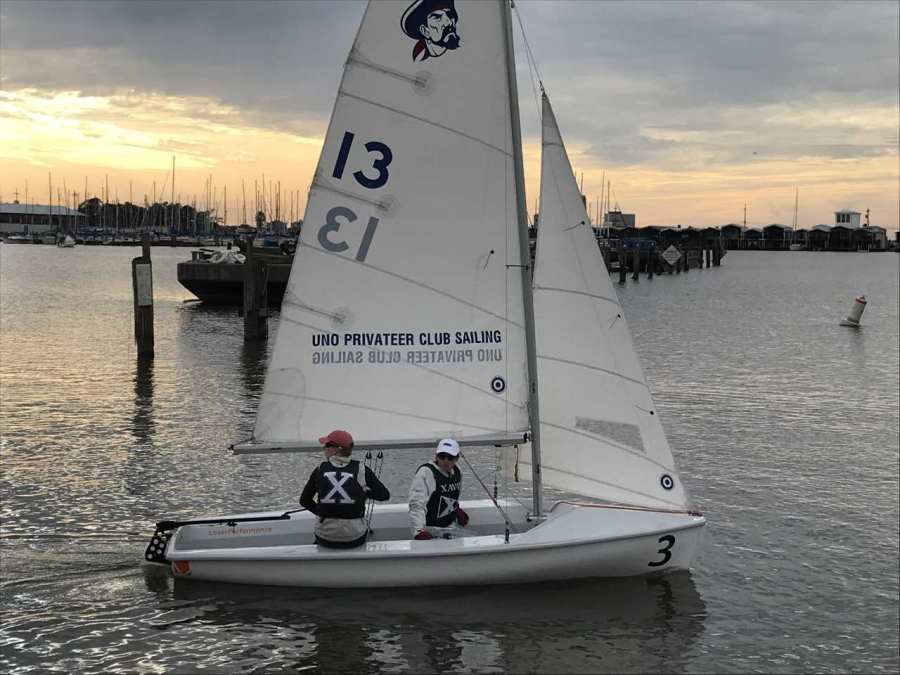 While the successful soccer team made headlines this year, another team was also doing well behind the scenes this fall, the sailing team. They recently finished 5th out of 28 at the Great Oaks Regatta in New Orleans, a national sailing championship sponsored by the All-State Sugar Bowl.

After an excellent regular season, the sailing team finished 3rd at the New England championship. Since the New England region was given three spots in the Great Oaks Regatta, the top three teams qualified so Stewart Gurnell, Francisco Quintana and Francis Brown took Xavier sailing down to the Big Easy. At the start of the competition on Saturday, the teams were randomly placed into two 14 team divisions. Placing in the top of the division would give the team an advantage and they would go in the good Gold Fleet the next day, while finishing in the bottom would put the team with a disadvantage in the Silver Fleet. After a rough start, Francis and Stewart were able to move up the rankings, getting one point away from qualifying for the Gold Fleet. With strong finishes in the last three races and the team ahead of them, Marblehead being disqualified in one of them, Xavier was able to move up that one spot and just barely qualify for the Gold Fleet. They were going on to race with the 14 best teams from the day before. On Sunday, Francisco and Stewart were able to take the team from just qualifying for the 14-member Gold Fleet to finishing in 5th place overall, a very nice way to end a successful season.