The applications of a distant island in the Pacific 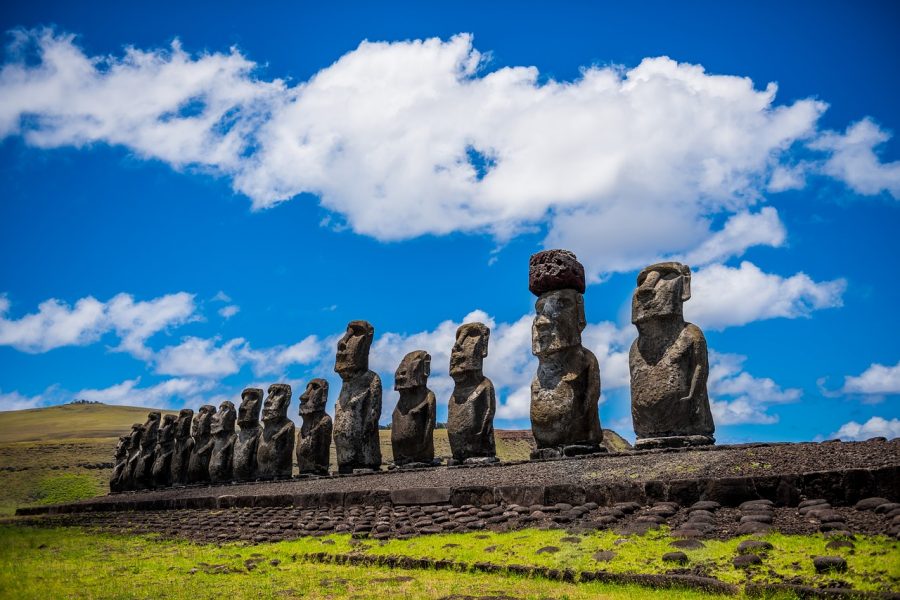 Easter Island, or Rapa Nui as its indigenous people call it, is enshrined in American memory as the location of nine-hundred moai (stone statues resembling human figures). In the anthropological and environmental science community, it is the story of a fierce debate over the downfall of a complex civilization whose complex engineering and independently designed writing system suddenly disappeared. For decades, two dueling hypotheses ascribed the collapse to different causes, either slower exploitation by the native islanders or rapid damage caused by the arrival of European colonizers. However, recent studies have merged the two interpretations, proving the consequences of environmental degradation.

Through pollen analyses and excavations, scientists determined that between 1400 and 1600, large swathes of palm nut trees were destroyed due to a combination of slash-and-burn farming and an onslaught of voracious, palm-nut munching rats. Though the islander civilization had attempted to adapt to the difficult farming conditions of Rapa Nui, as their system of rock gardens demonstrates, they fell victim to a situation they had created. The invading species of rat, as well as chickens and new crops, that the original inhabitants had brought with them on canoes from Polynesia, decimated the island’s native ecosystem. By the arrival of the Europeans who proceeded to enslave the inhabitants who had survived from the various diseases to which they had no immunity, the entire island had been deforested, causing the island to be afflicted by poverty, starvation, and cannibalism.

From today’s perspective, the moral is obvious: to destroy one’s environment is analogous to destroying oneself. By acting as a vector for the transportation of introduced species and later exploiting the delicate equilibrium of nature, humans were complicit in the downfall of their civilization. Nowadays, humans fail to appreciate the role of the environment in attaining their level of prosperity. From pollution of the seas (look up the Great Pacific Garbage Patch) to overpopulation, humans are using technology in an attempt to increase their carrying capacity at the expense of other species. Meanwhile, thousands of other species are going extinct due to human avariciousness, most significantly evinced through habitat destruction, anthropogenic climate change, and poaching. We are at a crossroads. Will we continue to pursue this path of limitless materialism and anthropocentrism that paradoxically constrains us, or we will begin respecting the Earth through sustainability?

To truly reach the lofty yet feasible goal of sustainability, we must upend the current dynamic regarding the environment, as the blossoming field of industrial ecology makes known through its radical discarding of the linear model for resource use. For too long in our consumerist society we have correlated economic growth and unhindered population growth to improvements in everyday life. This is simply not true. Even as annual income in the United States has tripled within the past fifty years, the amount of extremely happy people has gone down. Humans depend on a healthy and sustainable environment for both material prosperity and mental wellness (the term biophilia refers to this ingrained sense of love for the environment, and epidemiological studies suggest that humans are more prone to mental health disorders in urban settings). If we do not change our behavior, we too will be like the Rapa Nui, forever restricted to annals and archaeological digs.