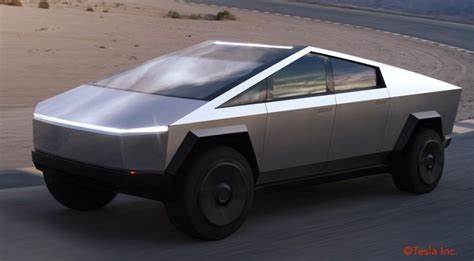 Many people are familiar with Tesla. Founded by the famous billionaire Elon Musk, the founder of PayPal and SpaceX, Tesla is well-known for its production of electric vehicles. Musk, who some describe as a real-life Tony Stark, is obsessed with bringing the future to us. Playing with self-landing rockets and space missions, the brilliant Musk, in addition to his pursuit of space travel, is focusing his attention on the problems of the earth. Determined to battle climate change, Elon’s Tesla is a beacon of hope for those against fossil fuels. The company, a master of creating self-driving, electric vehicles, is ready to take its next step on the long journey to achieving a clean, energy-efficient future.

On November 21st, Tesla revealed the Cybertruck, its latest project to achieve their desired future. Fans have been waiting for this ever since the first rumors, believing that with the Cybertruck, Elon Musk will bring us one step closer to the future with its revolutionary design. That design, which looks like something out of a sci-fi movie, has been said to have amazing features, causing many to believe that it indeed is the first step towards unlocking the future. But one question has emerged after its unveiling: Will it live up to Tesla’s boasts?

The unveiling of the Cybertruck was a historic event. As the first-ever electric truck made by Tesla, its unveiling attracted the eyes of millions – especially after its spectacular failure. Boasted by Musk to have bullet-proof windows, the windows proceeded to shatter after a metal ball was thrown at them. This, in addition to the skepticism about its appearance, has caused many to take sides on whether or not it will be the next greatest thing – or the next greatest scam.

Tesla’s latest creation has a price ranging from $39,900 to $69,900 ($76,900 if you include the full self-driving feature). Now, this is a lofty price tag, not the highest ever costing Tesla, but certainly not cheap. However, the features that come with the price tag are either the make or break of the new model. Boasting a 0-60 acceleration in less than 6.5 seconds for the cheapest model, less than 4.5 for the $49,900 version, and a sub 2.9 second for the tri-motor version, Tesla is trying to show off their latest model. Tesla has accomplished amazing things before, so it will not be surprising if it lives up to expectations. However, many doubt that the Cybertruck will have all the futuristic knick-knacks promised by the famous CEO.

Another problem Tesla and all other electric car companies face is the battery life. However, the base model of the Cybertruck should live up to Tesla’s standards of having a longer-than-normal battery life, especially since it will be ranging from 250 miles to greater than 500 miles. The Tri-motor model of the Cybertruck, with its impressive range of 500+ miles, should become the longest-lasting electric car made by Tesla yet. Hopefully Tesla will achieve these goals, but after their demonstration, the odds seem to be stacked against them.

All of these controversies are concerning to those who are questioning whether or not they should buy the Cybertruck. It seems to be too much of a coincidence that Tesla was seen taking the easy route while showing off its towing capabilities. This, in addition to the failure of the windows, makes us very concerned about Tesla’s promise of a revolutionary new electric truck. Also, it makes one wonder what else Tesla has taken shortcuts on.

While the actual release date for the Cybertruck is not yet known, many believe that it will be available for purchase in 2021. However, a year is a long time for development. Hopefully Tesla proves its doubters wrong, but then again, thousands upon thousands of people have already ordered the Cybertruck, guaranteeing Tesla a significant profit.

All-in-all, Tesla has become one of the most influential sellers of electric cars. They revealed their newest design, the Cybertruck, to the public, but it had several shortcomings, making one question whether or not the Cybertruck is worth it. Claiming to be a revolutionary new electric truck, the Cybertruck has become very controversial, making one question whether or not it really will be the next greatest thing – or Tesla’s latest money grab.