Why Banning Pornography Is Not The Right Solution 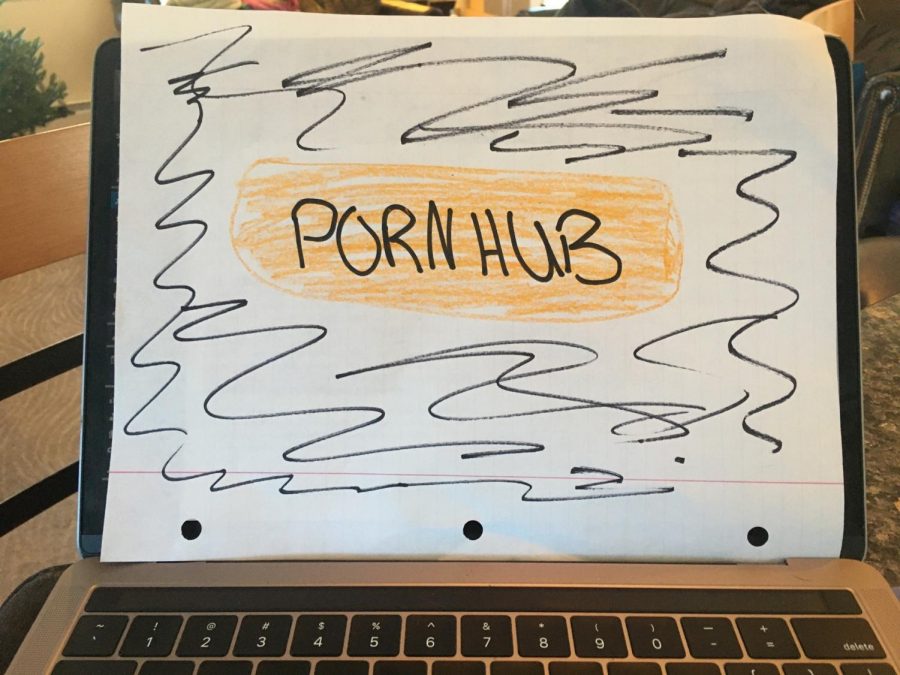 On December 6, 2019, Representatives Jim Banks, Mark Meadows, Vicky Hartzler, and Brian Babin submitted a letter to Attorney General William Barr, beseeching him to follow through with the Trump campaign’s anti-pornography pledge, which they fear has long since been forgotten by the current administration.  You can read the letter here. Don’t worry, I’ll wait.

The four Republican congressmen, claiming to act in defense of the dignity of our legal system and the welfare of the American people, urged Barr to enforce already-existing obscenity laws, citing such motives as the ever-expanding sex trafficking and child pornography businesses and America’s pornography epidemic. Though the congressmen’s letter calls only for a fight against the proliferation of hardcore pornography, their actions mark a culmination of an anti-pornography movement that has divided the right-wing over the past decade. This effort, spearheaded by conservative writers such as Ben Shapiro and Matt Walsh, and further stimulated by internet-based trends like NoFap (a movement based on abstaining from masturbation and pornography), has caused a massive surge in support for the banning of all internet pornography in the U.S. However, regardless of its moral, social, and mental implications, the prospect of suppressing pornographic material on its most popular medium presents a strong possibility that the crises instigated by the industry (including, but not limited to violence towards women, sex trafficking, and the impotence of viewers) will only heighten as a result.

So, we have established that high-speed internet pornography poses an inherent danger to not only the happiness and success of those who engage with it regularly but also to the reproductive stability of the human race as a whole. However, pornography’s dangers to humanity are not only limited to reproduction. Child pornography is one of the world’s fastest-growing businesses, with commercialized child pornography websites (nearly 50% of which are hosted in the United States) generating an annual revenue of over $3 billion. Furthermore, pornography has often been linked to increased violence towards women, and serial killer Ted Bundy is quoted saying that “without exception, every one of [the men he has met who committed violent crimes] was deeply involved in pornography.” You can watch his chilling confession here.

Internet pornography’s connatural danger to the future of mankind, potential to induce violent thoughts, and undeniable moral ramifications, coupled with the well-established link between the pornography industry and sex trafficking, should certainly be enough to provide stable grounds for the banning of all internet pornography…right? Well, no, not necessarily. While legally prohibiting the publication of pornographic material on the internet certainly seems like a logical solution to the crises that occur as side effects of its popularity, there exists a strong possibility that banning pornography from the internet would not only be ineffectual in preventing addicts from accessing it but would also exacerbate many of the already-existing problems that the industry induces.

To begin, making pornography illegal would not make it disappear. Need evidence? Remember a little thing called Prohibition? The number of visits pornhub.com receives daily is greater than the total population of the United States when Prohibition was enacted. For the sake of furthering the argument, let’s say that the government somehow found a way to guarantee that pornography cannot be streamed from the surface web (which is unlikely, as is evidenced by the existence and prominence of illegal television streaming sites). Pornography addicts would simply be forced to retract to the deep web, the headquarters for illegal activity on the internet, which the government is currently struggling to regulate due to its sheer size and the fact that those who frequent deep web markets often use software that allows them to remain anonymous. Internet pornography is already so incredibly institutionalized and popular and addiction is so widespread that even if it was completely prohibited from the commonly accessible internet, people would still find a way to bypass legal restrictions and acquire it. The banning of internet pornography would spur Prohibition 2.0: those who would wish to obtain it could simply retreat underground, where they would find that it is easily accessible.

The primary problem with making pornography obtainable only through illegal sources is that it would become much more difficult to regulate. Pornography right now is a business – a booming business, actually. The industry as a whole generates an estimated $97 billion annually, according to Kassia Wosick, assistant professor of sociology at New Mexico State University, and pornography accounts for about 25% of all search engine requests, with pornhub.com reporting a shocking 42 billion visits during 2019. The industry is currently dominated by “pornstars” and large-scale pornography distribution companies whose relatively publicized, surface-level proceedings make it very easy to guarantee that performers are treated humanely and within the boundaries of the law. However, if internet pornography is banned, each pornography distribution company and every pornstar’s prospects for (legal) success will dissolve, along with the government’s ability to regulate its production. Because of this, the majority of the pornography available to internet users, especially on the dark web, will be constituted by the work of people who desire to publicize self-made pornographic videos without substantial monetary compensation…or, more realistically, rape videos. Pornography viewers will have no way of knowing whether they are watching intercourse between two consenting parties or the rape of a kidnapped teen. The current success of internet porn is the very reason I am able to advise so confidently against dismantling it: all likelihood suggests that the collapse of the internet pornography industry would give rise to a massive stimulation of the sex-trafficking industry and that many of the problems that the anti-pornography movement seeks to ameliorate would only worsen as a result.

Now, though I do write in defense of pornography’s legal status, I am not so arrogant as to deny or belittle the gravity of its moral, social, physical, and mental implications, and I maintain that strict regulation of the production of pornographic videos is an absolute necessity for the safety of those involved in adult entertainment. However, not just as a participating citizen of the United States, but as a human being, I feel compelled to take a stand against the radical suppression of all internet pornography. To fight the negative psychological effects of porn viewership, we must promote awareness and sexual education. To fight child pornography, we must employ individuals who will work hard to prevent its production and distribution. To fight sex trafficking, we must address the issue head-on and work to disband the business itself. High-speed internet pornography produces a host of problems, no doubt…but banning it is not the answer.