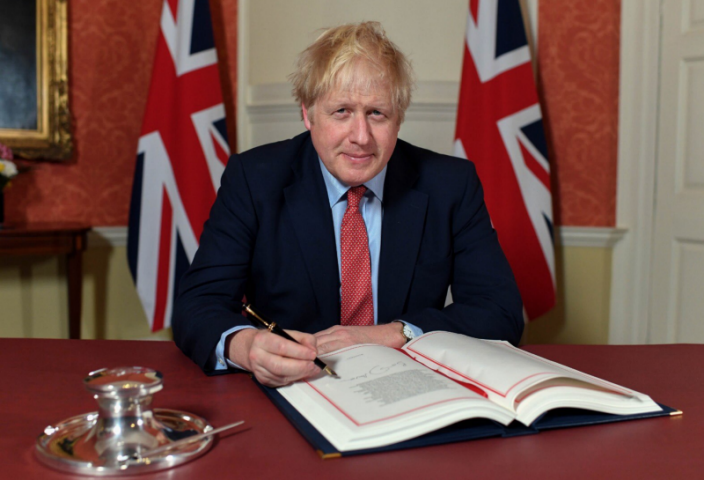 After 47 years of membership, Britain has officially exited the European Union. The culmination of a four-year-long battle that began with a 2016 referendum was reached Friday, Jan. 31, at 11 P.M. local time. It seems a tad ironic that the UK, an empire that at one time spread across the world, is now taking such a bold step towards isolationism. Nothing if not divisive, Brexit is not only a historic moment for UK politics but also marks an uncertain moment in the nation, where even supporters view leaving as a gamble.

In light of what is sure to be the most significant victory in his career as a Member of Parliament (MP) and his tenure as Prime Minister, Boris Johnson delivered a recorded speech intending to heal a divided nation. “Our job as the government – my job – is to bring this country together and take us forward,” said Johnson, whose advocacy for honoring the will of the people and carrying out Brexit paid dividends for his Conservative Party, winning them a comfortable majority of 80 seats in the last parliamentary election. In keeping with the conciliatory tones, the government opted for a small light show in celebration, rather than a fireworks show or large-scale event.

It may seem like this battle has been happening forever. After all, Brexit was originally supposed to occur on March 29, 2019, but it encountered a myriad of roadblocks before becoming reality. So how did we get here? The question of Britain leaving the European Union had been promulgating since 2015. In June 2016, a national referendum was held, where all of the UK voted on Leave or Remain. When the result of that referendum indicated 52% public support for Leave, and 48% Remain, pro-Remain Prime Minister David Cameron resigned in humiliation. Conservative MP Theresa May succeeded him. Despite originally backing Remain herself, May promised to “rise to the challenge” of negotiating Brexit.

In March 2017, May introduced a vote on Article 50, the mechanism to begin Brexit, into Parliament. Shortly thereafter, Ms. May announced a snap general election to be held on June 8, justifying it by saying “The country is coming together but Westminister is not.” This election gamble backfires on May, leading the Conservatives to lose a majority in the House of Commons and form a minority government supported by the Democratic Unionist Party. The intended date of Brexit ends up being pushed back twice, due to Parliament’s emphatic rejection of deals negotiated by May and the EU leadership. After MPs voted down her deal for the third time, May resigned her leadership of the Conservative Party, remaining as prime minister until a new leader is chosen.

Enter Boris Johnson. After several weeks of repeated ballots, he was finally elected leader of the Conservative Party July 23, 2019. The very next day, he entered Downing Street as the UK’s newest prime minister. Johnson was a good deal brasher and more theatrical than the timid May, who would often approach EU with entreaties only to have the deal she reached rejected by MPs. Facing more stonewalling on a deal from EU leaders, Johnson’s administration took the unusual step of advising Queen Elizabeth II to prorogue, or suspend the UK Parliament. He told the media he’d rather be “dead in a ditch” than ask for another Brexit extension. After five weeks, the UK Supreme Court unanimously found this advice to violate the law, and the House of Commons opened for business once again.

The tide soon turned in Johnson’s favor when a general election was granted by the House of Commons on December 12, 2019. In conjunction with Conservatives solidifying a tenuous majority, a change of leadership in the European Union ousted two of Johnson’s biggest rivals in negotiation. This provided a fortuitous time to begin attempts to negotiate a new deal. The UK Parliament wasted no time voting on the new EU Withdrawal bill and making it law, with the 11 P.M. exit marking the beginning of an 11-month transition phase. Most arrangements will stay the same as they are stated in the bill, but there still remains pressure on both sides to sort out the future EU-UK relationship. With all the world watching and all that is at stake in the case of any serious missteps, it seems unlikely for the drama to end anytime soon.