Amy Coney Barrett: What Does the School Think? 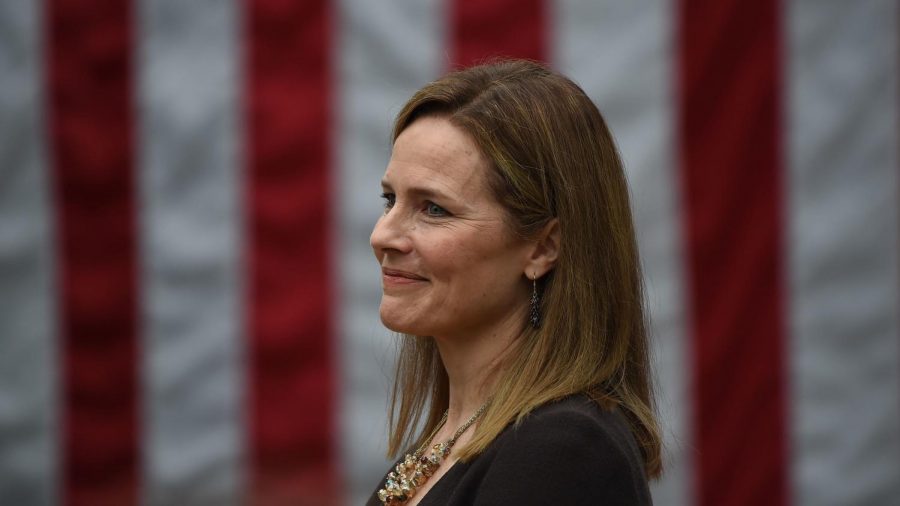 Amy Coney Barrett, a federal judge, is President Donald Trump’s nominee to be the next Supreme Court Justice, taking the place of Justice Ruth Bader Ginsburg. The school has a multitude of opinions and ideas to be heard. There are many members of the Xavier community who had something to say on the matter.

“I like her, I think her positions are great,” says junior Robert Mullins. “They [The Democrats] should focus on how right lane she is, [but] they are focusing on her religion. Saying the dogma lives loudly within her is bigoted, it’s not American-like. I don’t like that they are attacking her adoptions.”

Senior Connor Silbo says, “She is a great legal mind.  I hope that she is judged based on her qualifications, rather than a partisan agenda.”

Sophomore Michael Backus has similar views saying, “She’s kind of cool, she’s Republican.” However, Michael adds, “I don’t think it’s fair that Trump got to get more justices, because they [The Government] delayed it for Obama, but not for Trump.”

Civics teacher Br. Ryan says, “As some Democrats mentioned during the  Judiciary Committee hearings, they feel a degree of sympathy for Judge Barrett. To use the old cliché, they feel she is in between a rock and a hard place.  President Trump has openly expressed and written that justices he nominates to the Supreme Court have a duty to overturn the Affordable Care Act, to find the entire Act unconstitutional.  And yet the scepter of “severability” seems to be alive and well among Democrats and some Republicans.” Br. Ryan finished saying, “As it is a given Judge Barrett will become Justice Barrett prior to November 3.”

There are several positive opinions around the school. Sophomore Robert Bouvier says, “I like her.” Social Studies teacher, Mr. Aaron King says, “I am giddy with excitement.” English teacher, Mr. Popelaski says, “I find it weird that she was a handmaiden.” Freshman Trey Barbieri says, “I think she’s going to be a good fit.” Junior James DeDonato says, “She seems fine.” Junior Charles Puckhaber agrees with James, saying, “I think she’s fine.”

There is a lot of optimism and positivity among the school community regarding Amy Coney Barrett. The students, along with the teachers, are confident that she will do a good job as the newest Supreme Court Justice of the United States.