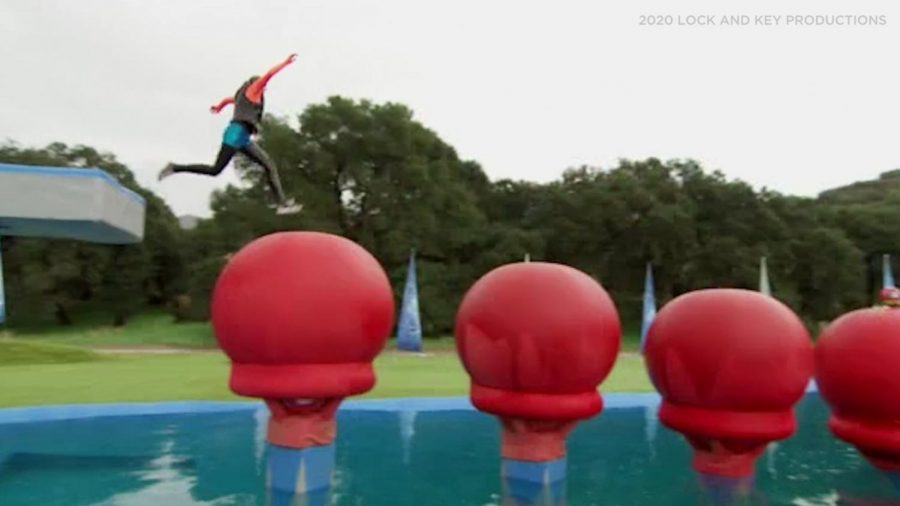 Immediately following the second Presidential debate, Donald Trump took to Twitter to challenge Democratic candidate Joe Biden to a ‘Wipeout Adventure Course’ challenge to prove he is the more physically fit candidate. When asked about his proposal in a FOX News interview the next day, Donald said, “My physique is..tremendous..everyone knows it, everyone agrees…I will get up and flex right now, right now, and I’ll do it, they say it can’t be done, but I will..” Trump was then cut-off by the interviewer and informed that flexing would not be necessary. The conversation then moved on to Trump’s failure to condemn white supremacists, when which  Trump interjected, “I mean, I’m 6’2, the tallest President…probably…ever…maybe Lincoln, but he always had that top hat on, you have to wonder how much of his height was actually just his hat.” After 10 more minutes of inane rambling, the interview ended and was later described by the interviewer as, “kind of like some sort of coked-up smack talk.”

To the surprise of many, and against the wishes of his campaign advisors, Joe Biden accepted Trump’s challenge, proclaiming “It’s on, jack,” during an MSNBC interview later that evening. The event was scheduled for October 25th at 6 PM Eastern time, just nine days before Election Day. On that date, tens of millions tuned in. Undecided voters across the country were on the edge of their seats. Trump won the game of rock-paper-scissors, so he was up first. The opening obstacles were the infamous ‘Big Balls,’ four massive rubber balls which one has to run across to the next platform. Trump started to shuffle off the starting platform before immediately tripping over his own foot, face-planting into the first ball, and plummeting into the water. Shockingly, Trump emerged bald; his hair had evidently dissolved in the water.

After Trump’s less than impressive performance, Biden walked out, sporting an Mr.T-Esque Mohawk and mud-chops with a massive gold chain around his neck, holding his arm above his head, playing ‘Despacito’ off of his iPhone. This would later be described by activist groups as a “truly sad and fleeting attempt to appeal to minority voters.” Biden later responded by reminding everyone he was Obama’s Vice-President.

Biden began by quickly running across the Big Balls, surpassing Trump’s distance. The next obstacle was the ‘Sucker-Punch Wall’; Biden took a deep breath before running across unscathed. Undecided Voters across the country were now leaning Biden, according to CNN live-polling. Unfortunately, while sizing up the next challenge, Joe got turned around, seemingly forgetting where he was. He began sprinting back towards the Sucker Punch Wall, this time getting rocked and flipping into the water below. Reports from Democratic Party insiders suggest a certain level of hope that the punch somehow “knocked the dementia out of him.”

Following Biden’s fall, a mysterious man wearing a “We are Q” T-shirt, screaming “Where are the children!” dashed onto the course, jumped into the water, and popped all four of the Big Balls, apparently looking for sex-trafficked children who had been strategically hidden by House Democrats. No children were found and the man was immediately brought to a mental hospital. The camera then panned over to a post-challenge interview with the two candidates, both drenched.  Biden, now insisting to go by “Mr. B,” and the newly bald Donald Trump bickered back and forth for a while. Trump claimed the starting platform was lathered in vaseline, causing him to slip. When a slow-motion replay showed him clearly tripping over his own foot, he claimed the Democrats must have changed out his shoes for ones two sizes too big. There was then a prolonged awkward silence, Biden still with his mohawk, mud chops, and chain, and Trump, still bald. It was unclear at this point who had won the challenge, but one thing was for sure: America had lost.