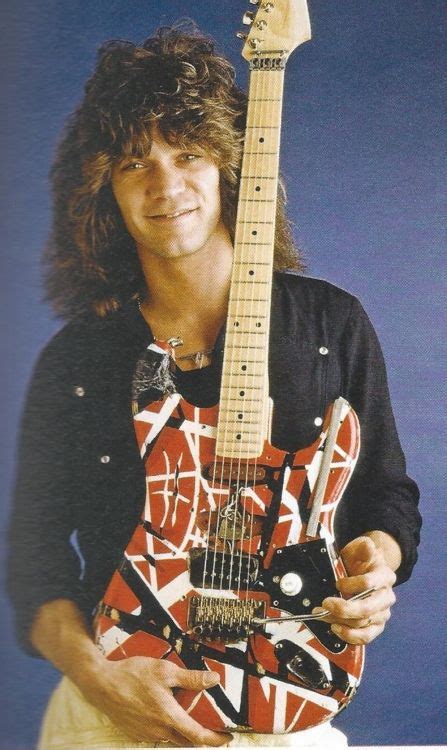 Eddie Van Halen, guitarist from the 80s hard rock band Van Halen, was a man who not many stereotypical “ordinary” or “everyday” people would recognize as anyone special. However, to one specific community, the life of this man and what he did with it would create a lasting impact beyond even his late passing in early October from prolonged throat cancer.

Millions of guitar players around the world have been mourning Eddie’s death and commemorating his career by making covers of his iconic guitar solos, such as “Eruption” and his solo in Michael Jackson’s “Beat it”. As a guitar player myself, I am saddened by the loss of this happy-go-lucky genius. Instead of dwelling on his expiration, it is better to focus on his life and legacy to more greatly appreciate the changes and positive impact he made on not just the guitar community, but on music lovers in general.

Born in Holland, Eddie was drawn to musicality from a very young age. At age 8, he moved to the U.S. Eddie’s father found him a “great piano teacher”, a “Russian guy named Stasskalvitis.” Eddie became somewhat of a prodigy and won first place at the annual contest three years in a row at Long Beach City College. As he grew older, he began to play drums in several bands, in all of which his brother played guitar. Then Eddie made the deciding factor in his career: he picked up the guitar. As Eddie said himself, “I wanted to play drums, but he (Eddie’s brother) was just better than me, so I thought ‘OK, I’ll play your damn guitar'”.

From then on, his future was set. His bands were driven by his Eric Clapton/Cream roots; Eddie would go on to say Eric Clapton was his biggest inspiration, even though his playing sounds much different than Clapton’s. Then, in San Marino, California, Eddie met the future band members of Van Halen. His brother, Alex Van Halen, still played drums. Though the history of the band itself is highly interesting, Eddie’s innovations in the guitar world are more of what people think of when they hear the name “Van Halen”; even though I love the band members individually, I appreciate Eddie the most.

A quote that, in my opinion, does justice to the sheer ferocity, godliness, and difficulty of Eddie Van Halen’s playing is one from Tom Morello from Rage Against the Machine (about his nine-year-old son): “We were listening to ‘Eruption’, and he said, ‘Dad, no one can play that.’ I said, ‘Well…’ He said, “No, no, no. No one can play that.’ And I said, “You’re right, son. No one can play that.” Eddie’s passing is such a momentous and devastating thing in part due to his abilities with the guitar. The way he shredded incited awe, passion, and high admiration for Eddie and the power of the electric guitar itself.

Eddie Van Halen was a sweet, gentle soul with a powerful, even animal purpose; but this animal drive was channeled into a well-honed arsenal of skills well-trained by a classical background. The versatility of Eddie’s guitar playing was something to aspire to. He was looked up to by many huge guitarists and practically worshipped by fans. The most important part of his career, in my opinion, is that he inspired people to pick up the guitar and learn. He made wanting to learn how to be great at the guitar, working at the skill, and putting hours in to reach potential a fun experience. Eddie was a true guitar hero and I am sincerely sorry at his passing. His legacy will live on in generations of guitarists to come.