The Safety of the School: What Does the School Think? 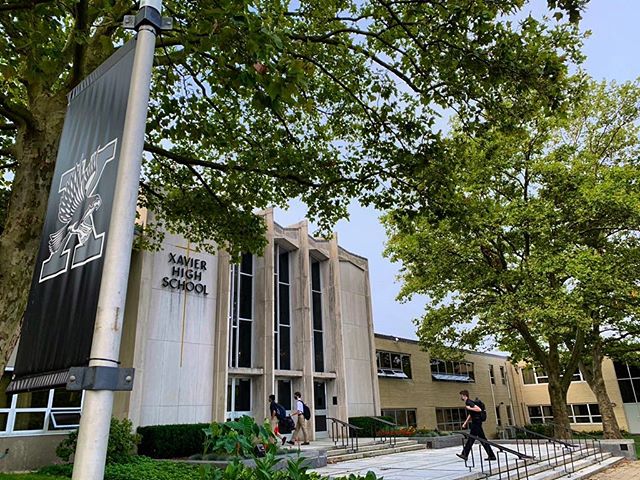 The Coronavirus Pandemic is still a very real issue in Xavier High School, the state of Connecticut, and the United States. With a large number of students from Xavier taking online classes, either out of choice or necessity, the safety of the school might come into question. When it comes to the safety of the school, who better to hear from than the students that attend?

When asked if he feels safe at Xavier, Junior James DeDonato voiced his opinions saying, “Yes, I feel very safe at Xavier considering the different protocols and social distancing.” When asked if Xavier will close down, James said, “Yes, probably. I think it’s going to get to a point where other schools get mass cases, and Ned Lamont will have to do something about that.”

Freshman Jacob Diagle had similar thoughts. “I don’t feel threatened at all.” But he did not feel so sure if the school would stay open. “It’s just becoming an overwhelming situation. They [victims] might not get it [Corona] from school, they might get it from somewhere else.

“I believe from Thanksgiving to Christmas we will close down,” stated Junior Isaac Wolfgang. “I think [Xavier is] already spending days during Thanksgiving online, and the windows will be open if we stay at Xavier.”

Sophomore Zach Bulkovitch had quite the insight. “No wall can keep the virus out. We don’t really have an airtight building.” His opinion on closing was, “It’s not a matter of ‘if,’ it’s a matter of ‘when.'”

Sophomore Tristan Shemmerling had a lot to say. “I feel that Xavier has done a good job preventing Corona. It’s a good environment for me, without Corona. I think if the Corona pandemic goes up in percent, there will be a good chance we will close. With the protocols we set up and contact tracing, it’s been very controlled so far.”

Junior Michael Pitruzzello said, “I feel safe for myself.” However, he expressed different concerns. “I’m worried about hurting someone in my family. I think if there’s a large enough outbreak where it is more of a risk to be in school, we will close down.”

“We’re following safety protocols put out by the state. We’re doing the right things,” stated sophomore Dominic Cusano. Dominic also voiced his opinions on the possibility of closing. “It depends on what happens during the holidays. A lot of kids will come back from college, and there’d be a spike in cases. But as of right now, I feel we’ll still be open.”

When asked about the possibility of Xavier closing, Junior Joey Lane said, “I feel like for a little, but not for the rest of the year. I think especially after Thanksgiving, people would rather be safe than sorry.”

A few students said they think Xavier will close down despite feeling safe in the building. Freshman Colby Ciampi voiced his concerns saying, “I think we’ll be closing down. We had kids in the gym, we have a lot of kids going online. I think it’s going to be because so many kids are going to be quarantined, so it won’t be worth it going to school.” A student who wished to remain anonymous had similar opinions. When asked if the school would close down, he responded, “Yes, kids are getting quarantined.”

There were a small number of students who said they do not feel safe at Xavier. Another student who wished to remain anonymous said, “I feel like hallways are way too crowded. Go into the SJs [Saint Joseph Hall], kids are within inches of each other.” Sophomore Kyle Quartuccio, who does not feel safe at Xavier said, “I respect what they [Xavier staff] are doing. I respect how they did the hallways. I don’t think it’s effective, but I respect the effort. I think it will be easier for students and teachers if we go online.”

There were a few students from Mercy High School who also had opinions on the matter.

When asked if she feels safe at Mercy, Junior Shelby Johnson said, “Yes. There’s social distancing.” When asked if Mercy will close, she said, “Yes, probably. Cases are going up.”

Sophomore Katherine Lyons stated that she feels safe at Mercy but also said Mercy might close. “It’s a very contagious virus. There’s been a lot of cases in the Middletown area.”

Freshman Anna Johnson also feels safe. When asked if Mercy might close, Anna said, “Probably not, because Mercy doesn’t have any cases. There was a janitor that had it, but there’s not any student cases.”

It is clear to see that there are many different opinions on the level of safety in both Xavier and Mercy. Despite a small number of cases, the schools have managed to remain open without much trouble. Whether they will continue will stay open, only time will tell.