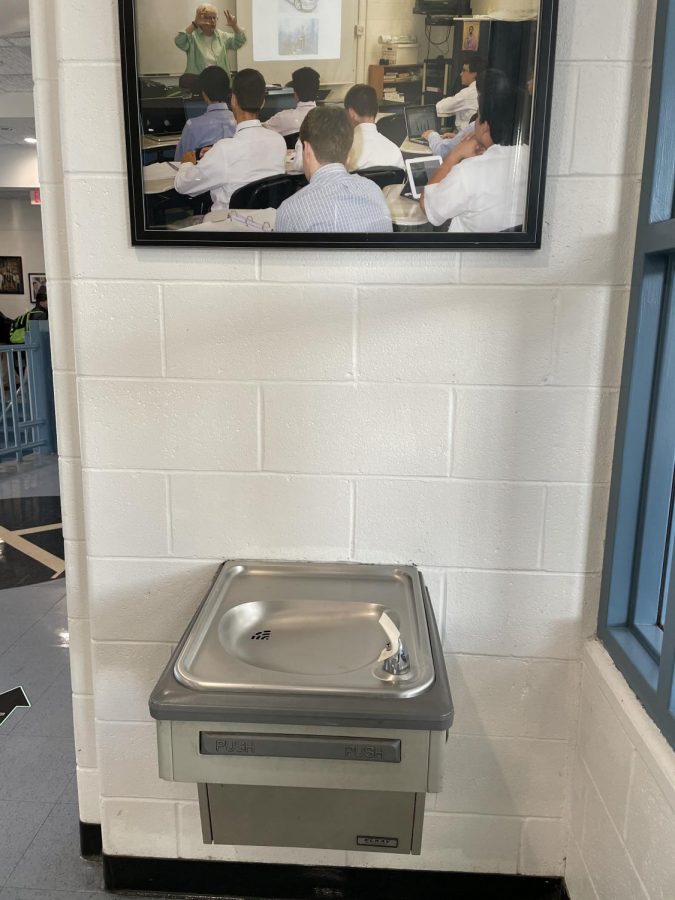 Despite what everyone thinks, the global pandemic was not the real reason the school shut down. For all of you returning Xavier students, there was a certain incident last year that occurred during the start of the pandemic. Xavier cleverly used the global disaster to hide this local fiasco, cloaking the incident from the public by disguising it as taking “proper safety protocols to stop the spread of COVID-19.” Nobody saw through their ploy. Nobody saw the truth. Until now. My name is Aidan Pesce, and after months of discreet investigation, I discovered the truth. I discovered the real reason Xavier shut down last year, and why the school closed down again in November.

As we all know, Xavier’s swimming pool is the stuff of legend. As the most famous of all human artifacts, its sacredness makes it unquestionably the greatest treasure known to man, a monument so great that nothing can compare to its illustrious grandeur. But, just to make sure everyone is on the same page, I shall retell the legend:

Many years ago, when Xavier was just being constructed, the brothers discovered a natural well below the school. Seized by an unexplainable feeling, the brothers went down and touched the surface. Instantly, the brothers felt rejuvenated and energized, all because of the water. Recognizing its value, the brothers ordered a pool to be constructed from this water. After years of trying to obtain the funds necessary to experiment on the waters (the building of the SJs was a cover for the acquisition of the required funds), the brothers eventually learned the truth of its elixir-like ability – and its darker nature. The waters refresh and heal anyone who swims in them. However, if the water breaches one’s lips, a terrible transformation occurs, slowly mutating the drinker into a lizard-person-thingamajig (no wonder why Xavier’s swim and dive team practices at Wesleyan). Once the brothers learned the truth about the swimming pool’s waters, the school forbade access to it, hoping to prevent further tragedy. But tragedy struck nonetheless.

Back in February, amidst the rise of the pandemic, there was a problem with the water system. Somehow the pipes feeding water from the magical spring into the swimming pool started delivering the unique waters to the water fountains, and as legend warns, bad things happen when someone drinks the waters. There were only a few cases at first, but slowly students stopped appearing at school, all because of this fiasco. Xavier claimed these students were worried about catching COVID, but that was merely a cover-up. Recognizing the unique illness, Xavier immediately shut down the water fountains, forbidding anyone from drinking water unless it came out of a bottle. The school tried to fix the water problem, but it proved too tough to be a simple fix. Seeing the pandemic as a perfect opportunity to repair the situation while keeping it a secret, Xavier decided to close its doors for the remainder of the year. Sometime during the summer, they managed to fix the water fountains, allowing the school to reopen at the start of the year. Except good things don’t last.

A few weeks ago, back in November, Xavier decided to go back to online learning. The reason? The pool water again. Students began transforming once more, forcing the school to act. They ordered the infected students to remain home for the rest of the year, setting up a special camera filter that displays them as human. Their cover story for adopting online learning was that they were in contact with someone who had COVID, and after being exposed, their parents decided it was best for them to go fully online – the same cover story given by those infected last year. Recognizing things were going south, Xavier pulled the plug, forcing everyone into online learning. The school launched an effort to fix this problem, taking the steps to ensure there is no more tragedy. Now, with Xavier deciding to reopen, the school is taking a risk by assuming the water fountains are truly fixed. If we shut down again, we will know they are not. We can only hope that all is well and the transformations have ended.