The Battle for New York Basketball 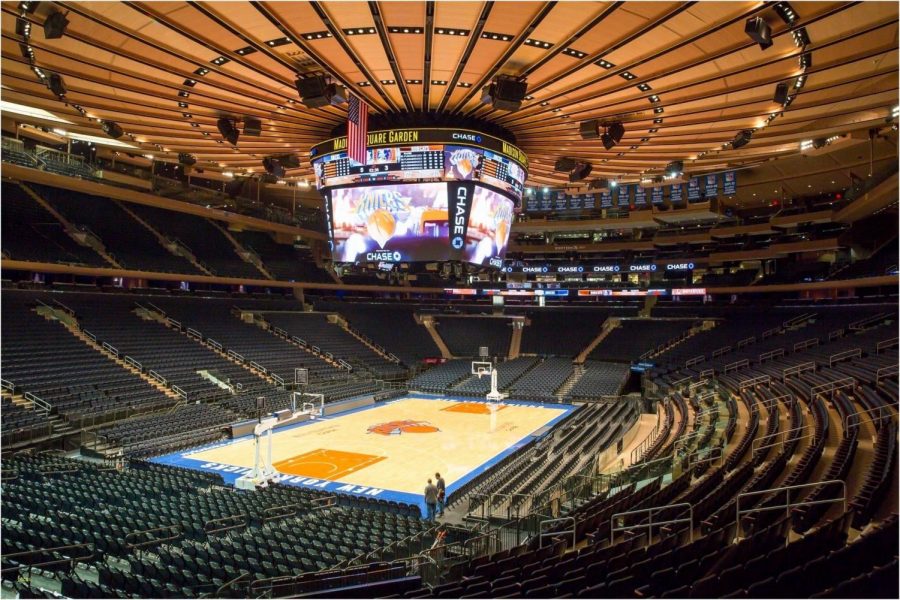 In the Spring of 2012, after 45 years of being associated with New Jersey, the Nets made their move to Brooklyn. With brief segments of greatness stemming from D’Angelo Russel’s era in Brooklyn, the Nets were still not yet seen as a premier brand in basketball. This comparison quickly leads to further connections between themselves and their cross-borough rival, the New York Knicks. No matter how absolutely terrible the Knicks can be, they were always seen as a premier brand in basketball. They play in Madison Square Garden, in the middle of Manhattan, they have had legends play for them like Clyde Frazier, Bernard King, John Starks, Patrick Ewing, and Carmelo Anthony (kinda). However, the most important reason as to why the Knicks are a premier brand in basketball is because not only did they have New York City to themselves, they had New York to themselves, and up until 2012 the team geographically closest to them were the Nets in New Jersey. Even growing up as a kid in New Jersey, I knew when it came to intrigue between my state and New York, that there was no comparison between them. Due to this, the Knicks as a franchise never felt any true pressure on themselves to be great after the 90s. The word franchise is critical to point out because every game, players for the Knicks would always and will always feel pressured to succeed under the bright lights of the Garden and under the strength of the Knicks fanbase. It is within the Knicks offices where the feeling of not-caring comes most evident to a fan, specifically in their owner. After the hardheaded and inspiring play of the Knicks in the 90s, in 2000, the team was sold to James Dolan, who, for almost two decades, has allowed for the Knicks to be one of the worst teams in the NBA (yeah I said it) with very, very little argument against it.

If it was not made clearer earlier, yeah I’m a Knicks fan. I experienced pain after pain after pain, then Linsanity, and then more pain. I can’t explain, even as a 16 year old kid, how many times I have had my heartbroken as a Knicks fan. I can’t even imagine having to be my Dad as a Knicks fan and having experienced their first and last championship so far in your lifetime when you were three years old, but anyway. After all the heartbreak I have felt as a Knicks fan, extraordinarily little comes close to one summer in 2019. After winning 2 rings with the mega-super team Golden State Warriors, world class scorer Kevin Durant left and would sign with a new team. Every known Knicks fan in the world prayed for weeks that he would be the savior, that the “Slim Reaper” would be the one to guide us out the darkness, that he would lead us to our first championship in forty-six years, that he would be remembered as a legend forever, and no longer be clowned for joining the Warriors. However, this story, like most in the life of a Knicks fan, does not have a happy ending. July 7th, summer, 2019, “I didn’t want to be the savior of the Knicks or New York. I didn’t care about being the king of New York. That never really moved me…” (Kevin Durant via interview with SNY).

Kevin Durant would sign a four year deal with the Brooklyn Nets, teaming up with All-Star point guard Kyrie Irving. Now, Kyrie Irving and KD share a common teammate in James Harden and with this addition, KD’s quote still rings clear today. For an All-Star to say that he didn’t want the “responsibility” of playing for a team from New York City, in the “World’s Most Famous Arena,” was not only painful to hear as a Knicks fan, but it also displayed a deeper message. The Knicks, my Knicks, as a franchise have not only lost their appeal to NBA fans, but now to the players. As this realization becomes more and more visible, all those who looked at the Knicks as the New York team, are now justifiably more attracted to the sleeker and far more competitive Brooklyn Nets. Kyrie, KD, and Harden have all the ability in the world to bring a title to New York, if their team can somehow play defense, but they will not bring a title to the Knicks, rather, the Nets. However, even if they don’t this year, the star power and delivery of the Nets is simply better right now than the Knicks. So, during the war of teams in New York, this battle, at least until 2023, belongs to the Nets.