The Vaccine: What Does the School Think? 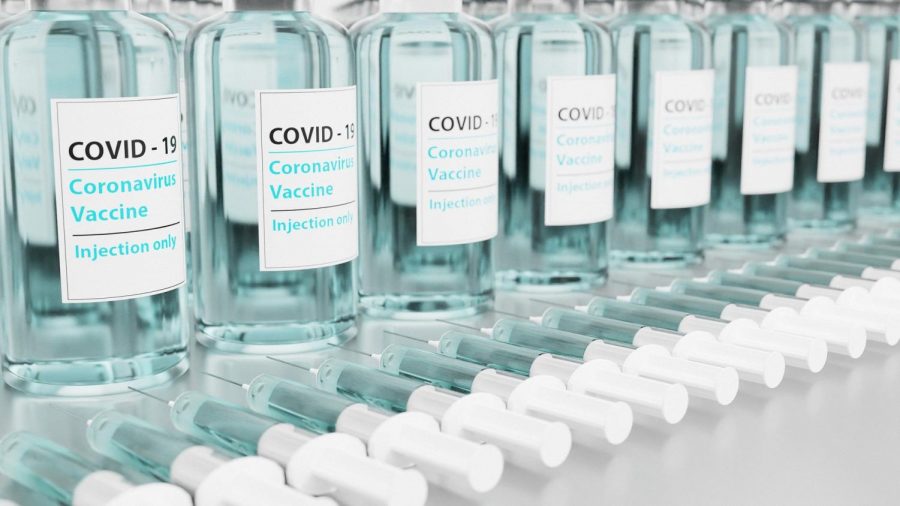 When it comes to the vaccination for COVID-19, people have had varying opinions about whether or not it is safe and whether or not it should be mandated. The topic has spread quickly as many see the vaccine as a way to finally end the pandemic, while others are not so sure. A mandate may prove to be an effective fix, but just how willing are people to accept the mandate? Justin Caulfield interviewed many students from Xavier to see exactly what the school thinks about the vaccine and the implications of a mandate. If you would like to be featured in future articles such as this, email Justin at [email protected] and make your opinion known.

Junior Kyle Quartuccio says, “I think people should get it.” When asked if a mandate should be implemented, Kyle said, “I think for most things. If you work in a public business, I think so. I think if you go to school, anything where there are other people, I think you should. I don’t see the point in denying getting the vaccine on behalf of your own rights and that you shouldn’t be mandated. I think we all have a responsibility to each other to be healthy and to make the right choices.”

“I think everyone should get it,” says freshman Jayden Quintero. When asked if mandate should be implemented, Jayden said, “Yes, definitely. It’s keeping all of us safe. It’s the only way things are going to get better.”

There are clearly students in Xavier who think that the vaccine mandate would be beneficial. However, some students think that while the vaccine is helpful, a full mandate is too much.

Sophomore Jacob Pasato says, “I don’t think the vaccine should be mandated for all people. I think it should only be mandated for medical workers because they’re on the front lines of this whole pandemic.”

Junior George Clark says. “I think people should get it, but I think you have to have the right to choose that, because the second that you force something like that, you’re taking away a lot of liberties.” George shared his opinions on the possibility of a mandate saying, “What’s to say that something like that same principle can’t be used in other situations? I just think it’s messed up how there are mandates for people who work at airlines, forcing them or they can’t work. I think that you should get it, but at the same time I’m not going to force you to. I don’t believe in that.”

A student who wishes to remain anonymous says, “I think it would be reasonable to get it, but it shouldn’t be a forced thing. There are other situations in terms of religion and other situations where it would become an issue and a blatant violation of our rights to be forced to get it. But it should be highly recommended.” The student continued saying, “It would make sense for the COVID vaccine to be mandatory for schools. There are situations where it probably shouldn’t be necessary to get it.”

Students at Xavier have also commented on how political vaccination has become.

“I believe the vaccine has become too political, especially amongst Republicans and Democrats,” said Junior Jacob Greco. “I believe the right to bodily autonomy should give you the right to decide if you want to take it or don’t want to take it.”
Sophomore Cormac Burke says, “Everyone should get the vaccine. It’s a very controversial matter, and I don’t think it should be. I think everyone should get it and it shouldn’t be political, but it is, and that’s really unfortunate.”

A student who wishes to remain anonymous says, “It is political, I get it, but it would be beneficial for our society to get it. I think it would definitely help out.”

Some students have spoken about uncertainties that the public may hold towards the vaccine.

A student who wishes to remain anonymous says, “Vaccine are a pretty good thing for civilization in general. I think that people have a misguided fear about the needles. When it boils down, it’s just a way to get immunity without having all the negative effects of an actual virus entering your body.” The student continued, “Getting COVID is not better just because it’s natural. It’s still really bad for you. If you can get all the benefits of having the immunity without having any of the downsides, then it’s just a good thing, it doesn’t matter if the needles scare you. That’s why I think vaccines are just a good thing for humanity in general.”

Junior Paul Thiel says, “I think they’re a good idea. Herd immunity is really important to stopping the spread of a pandemic. Obviously, they don’t make you completely immune, but they make it significantly harder to get coronavirus, and when you do, they say it significantly lessens the effects.” Paul continued saying, “It’s really important we all do this, and I know some people who are skeptical because it’s fairly soon after the rise of COVID-19. I think a lot of people don’t understand that it’s not an entirely new vaccine. It’s called COVID-19 because there’s other COVID strains out there. This vaccine is based off of the research for those other COVID strains. I think the problem is that the government has been pushing everyone to get the vaccine but hasn’t been addressing people’s actual concerns of it.” Paul spoke more about potential concerns, “Again, a lot of people are worried about the safety or the legitimacy, and rather than putting out an ad campaign to convince people that that’s not an issue, they’ve just been saying ‘Get the vaccine,’ and not saying ‘We’ve tested everything.’ So I think it creates a weird feeling that people don’t trust it because people are just being told to get it relentlessly. It creates this sort of uneasiness like ‘Why are they pushing so hard and not addressing my concerns?'” Paul finished saying, “I think that’s a big problem with why people aren’t getting vaccinated. They aren’t properly explaining to people why they should.”

A few students also addressed concerns about potential health conditions that might conflict with the vaccine.

A student who wished to remain anonymous says, “Everyone should get the vaccine. There are very few health complications that will pose long-term effects, and COVID is worse.” The student continued saying, “I don’t know if there should be a full mandate. I definitely think that people who aren’t vaccinated should not be allowed in certain venues.”

Senior Aidan Muldoon says, “It’s definitely something you should take unless you have some very rare adverse condition. Evidence suggests that some of the claims about causing infertility are likely to happen after being infected with COVID rather than the vaccine.” Aidan concluded saying, “It’s definitely the right choice.”

Despite potential concerns about adverse health conditions, the students seem to agree that the vaccine is more beneficial than it is harmful.

The student body appears to be united in believing that the vaccine is beneficial to the health of the school and society. However, the students disagree on whether or not there should be a full mandate and if the vaccine could be harmful to people with different medical conditions. The vaccine has become a topic of debate across America, but the students at Xavier have managed to find common ground in one aspect of the debate.