WHERE does SpongeBob REALLY Live? 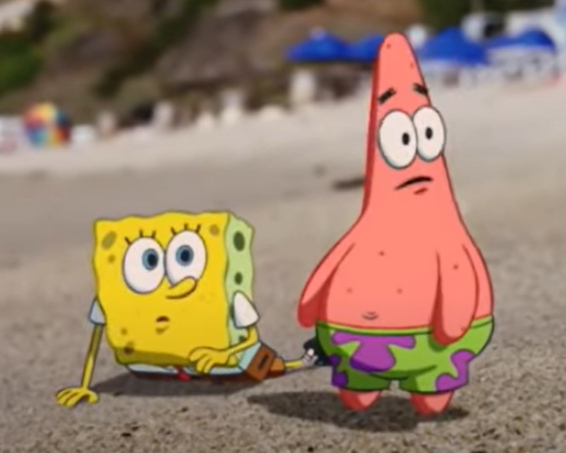 SpongeBob SquarePants is a popular animated TV show that came out in 1999 and has 13 seasons. It shows the life and adventures of a Sponge who lives in the Ocean in a town called Bikini-Bottom. He is a chef at a popular local restaurant where he makes “Crabby Patties” working for a Crab. This show is very popular with it being ranked 44th most popular on IMDB. With this show having as many seasons as it does, and being as popular as it is, it leaves out an important question, where is the Bikini-Bottom?

The world is a big place with 71% of it being covered in water. This can make finding SpongeBob difficult, in order to make it easier, finding him will be broken down into steps. The first step in narrowing down where SpongeBob lives is to focus on one specific ocean. If you have ever watched the show or heard the theme song, you would know that the main character’s house is a pineapple. This may seem like a useless piece of information, but it is not. Pineapples are mostly grown in Latin America and West Africa. This can infer that SpongeBob lives in the Atlantic Ocean. This theory of SpongeBob living in the Atlantic Ocean is suggested more when in the show and movie there is an angler fish, these fish are known to commonly inhabit the deep parts of the Atlantic Ocean.

Now that the search has been focused on the Atlantic Ocean, here comes the hard part, finding what area of the Atlantic Ocean he is from. A little island with palm trees is shown in the SpongeBob Intro. Finding this island is easier said than done, but an island that nearly matches the description has been found. This small Island is called Fourmis. Formis and a couple of other small island forms a group of Islands called St. Barthelemy. St. Barthelemy is a French speaking, French Caribbean Island consisting of the islands Formis, Ile Coco, Les Petite Saints, Les Gros Islets, Ile Fourchue, Ile le Boulanger, Ile Pele, Ile Chevreau, Ile Fregate, Ile Troc Vers, Les Grenadines, La Tortue, and finally Petite Saline. These Islands are an extremely popular tourist attraction for the “rich and famous” according to Business Insider which can also explain why the actor David Hasselhoff is found as a lifeguard on their beaches (and luckily too or else SpongeBob and Patrick would not be able to get back to the Bikini-Bottom in the movie).

Based on the following information we have deduced that SpongeBob lives in the Atlantic Ocean because he lives in a pineapple which is most commonly grown in Latin America and West Africa. The next important detail is that he lives near the French-Caribbean Islands. More specifically a small island called Fourmis is identified due to its small size and location near the main island of Petite Saline. This is a common vacation spot for the “rich and famous” which explains why the actor David Hasselhoff can be seen as a lifeguard. Now based on this information it can be guessed that the Bikini-Bottom is within that area of the world. Because of this being an animated TV show, all this information is speculation based on information publicly located.